Watershed conditions have returned to normal 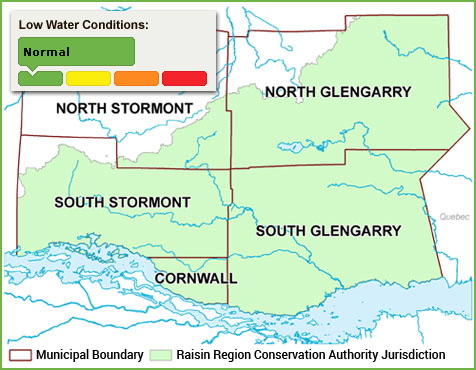 At the end of November, the waterhsed had received enough precipitation to bring the moving 3-month average to over 80% of normal. All three lakes in North Glengarry (Loch Garry, Middle Lake and Mill Pond) are currently within their normal operating levels. Flows in the Raisin River as well as local tributaries are in the normal range for this time of year. We have not received any new notifications of dry or stressed wells in our area. At this time, there is sufficient evidence to return the low water condition status to "Normal".